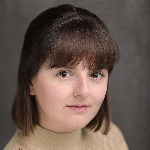 You can book a free 20 minute, no-commitment introduction with any of our tutors. How does this work?

A bit about Grace H

I am a professional actress who trained at East 15 Acting School and also has a degree in Drama and Theatre Arts for The University of Birmingham. I now work as a professional actor and workshop facilitator and love what I do! I have been a drama tutor for over 5 years helping students with LAMDA/Trinity drama exams as well as GCSE and A Level written and practical exams.

I am a friendly, enthusiastic tutor who has a wealth of experience working with children and young people. I teach drama privately and cover a whole range of needs for all ages:

- Written Drama work for GCSE and A level

I have taught at Pauline Quirke Academy High Wycombe for over 5 years both as their Poppets teacher (ages 4-6) and Comedy and Drama Teacher (ages 7-18) which I enjoy immensely. These classes include: confidence building, vocal technique, characterisation, comedy, improvisational work, texted based work and work on specific practitioners (which is very important for higher level LAMDA exams).

I have also worked with a number of students on their drama school entrance auditions and am pleased to say my students have gone on to accept places at prodigious drama schools such as Mountview, Arts Ed, LAMDA and East 15 and courses like the National Youth Theatre.

In my professional life I have been in a number of shows aimed at children and young people, most recently the UK tour of David Walliams' 'The Midnight Gang', a lot of which have included workshop elements which I have facilitated. I have a good understanding of Shakespeare and classical text having professionally appeared in: 'Julius Caesar', 'Romeo and Juliet', 'The Comedy of Errors', and 'Macbeth'.

I am fully DBS (enhanced) checked, and am a licensed chaperone for children in performance with Buckinghamshire County Council.

I look forward to hearing from you and working together!