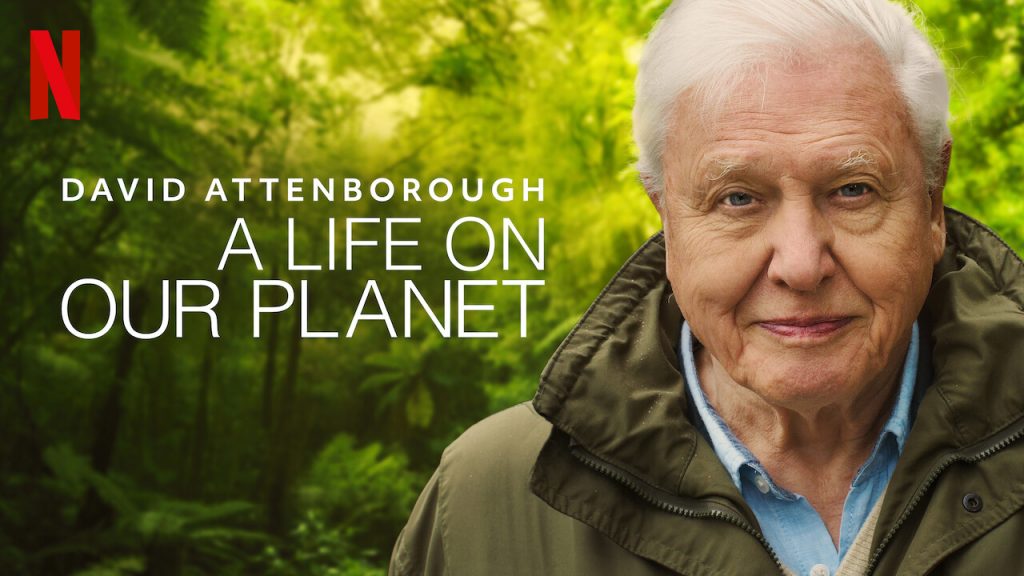 The knighted BBC broadcaster has been the tranquil voice of many nature documentaries. Attenborough set off to explore the globe in his twenties and has taken this passion further by educating the world about nature and the environment ever since.

Attenborough is now 94, and throughout his long life he has watched the natural world wither before his eyes. It is estimated that the Arctic sea ice is declining at a rate of 13.1% per decade. Furthermore, many animals are beginning to go extinct because of human activity. It is believed a rhino is poached every 15 hours and many other animals are suffering at the hands of poachers. These are wildlife crimes that Attenborough attempts to inform the world of in order for them to be stopped.

Sir David Attenborough gives his witness statement and future predictions of ‘Life On Our Planet’ and describes it as "a series of one-way doors bringing irreversible change." The moving documentary issues a stark warning for global extinction, not only for current wildlife but potentially for humans too.

The 'documentary of the year' marks each stage of Attenborough’s career with the ever-declining state of the natural world, and the percentage of wildlife remaining. A ‘Life On Our Planet’ explains how Earth will become uninhabitable for generations to come, as the cumulative damage begins to snowball. It is important for humans to act sooner rather than later; because if change does not occur, much more harm can and will be caused to our planet.

Historically, mass extinctions have been caused by catastrophic events like asteroid collisions. However, in 2020, the advancement of human activities, such as deforestation, mining, and carbon dioxide emissions are to blame.

The sixth mass extinction of wildlife on Earth is accelerating, according to an analysis by scientists who warn it may be a tipping point for the collapse of civilisation. A report from the United Nations found that up to 1 million species are threatened with extinction; many likely to be lost within 20 years.

Book online lessons with an online tutor at Sherpa to learn more about the effects humans are having on the environment. Humans are currently living in a climate crisis; and the online learning we offer can help spread more knowledge about climate change which is vital content for your Chemistry and Biology syllabus.

What is Being Done?

65 heads of state and government have signed a global pledge to reverse losses in the natural world by 2030. "Extinction is forever - so our action must be immediate." Boris Johnson has also signed the UN pledge stating that the UK government is "absolutely committed" to the global problem.