What is Genetic Engineering? 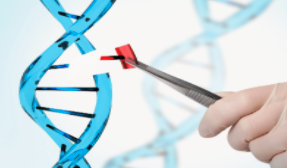 Genetic Engineering focuses on the modifications of cells to enhance a species’ characteristics or to improve its quality of life. Be it a farmer cloning animals or doctors using insulin-based cells to treat diabetes; all of this takes into account the practicality of genetic engineering. Stanley Cohen first introduced genetic engineering and resultantly modern science has developed to use cell manipulation for strong biotechnological purposes.

Deoxyribonucleic acid (DNA) is a molecule made up of two chains that are intertwined to form a double helix. The double helix is made of four nucleobases; which are paired by Adenine-Thymine and Cytosine-Guanine. Sequences of these nucleobases are differentiated across DNA and this is what makes an organism’s characteristics. Some organisms have very desired traits and the concept of genetic engineering uses this to produce modified organisms.

A piece of DNA is extracted from a bacteria cell by an enzyme. The section missing on this piece of DNA is then filled with the good gene from another species and this makes the piece of DNA genetically modified. These cells can be replicated by being placed into fermentation vessels allowing for multiple cells to be distributed to a wide range of organisms.

Farmers or breeders may have an animal with specialised genes for mating and the process of genetic engineering can extract the genes to produce modified animals. The process is actioned by removing DNA from the animal that is to be cloned and removing an egg cell from a surrogate mother. This egg cell is enucleated which suggests it is cleared of its nucleus in order for the cell from the animal to be cloned to be paired. The implantation of this cell into the egg cell is given an electrical pulse to create a cloned embryo. This cloned egg cell is then implanted into a surrogate mother to produce genetically modified offspring.

Pros and Cons of Genetic Engineering

The use of genetic engineering provides valuable opportunities to tackle diseases that pose a great threat to humans. For example, a strand of DNA removed from a bacteria cell can be filled with the human gene for insulin suggesting mass production of these cells can be implanted to tackle issues with diabetes. The quality of life is therefore improved for humans and allows those who suffer from diseases to have specialised treatment. There are additionally valuable opportunities for farmers in producing enhanced species. The mass production of modified animals allows for strong breeding programmes which can ensure the survival or support for those going extinct.

However, there are issues with genetic engineering with the most important being the ethics behind the process.  Many argue that tailoring genetics is a violation of living organisms and artificial use abuses this quality. Furthermore, genetic engineering is still vaguely understood and often the process leads to genetic defects. Many animals being processed through this have had mutations and the survival rate is often low; contradicting the purpose of what genetic engineering is used for. Finally, one could question whether increasing the quality of living for humans is socially right because the world is living under more strain with social issues like poverty and climate change on the rise. Ultimately, people living longer creates a variety of social problems and the use of genetic engineering can be questioned to be creating more problems than benefits.

Climate change is a worldwide issue that we cannot hide from, it should be dealt with, with the utmost urgency and importance.

In England, A-levels, AS levels and GCSE exams have been cancelled and teachers' estimated grades will be used instead. Unlike last year, A-level and GCSE students in England will be given gr

How maths and physics are intertwined in our daily lives

Do we experience maths and physics in our everyday life? Are we remotely aware of their impact on trivial tasks? Can we become more conscious of the role they play and open ourselves up to th