Read Around the Topic - GCSE Physics. Does the Big Bang Provide Enough Evidence for the Origins of the Universe? 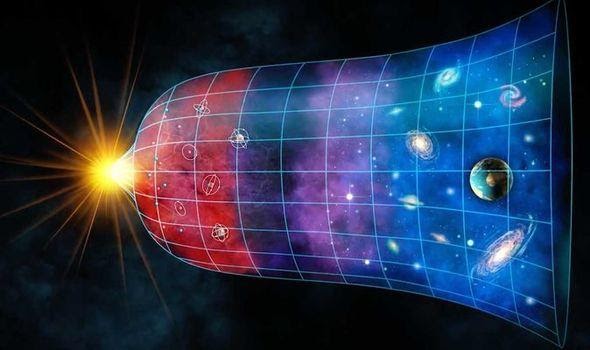 How was our universe created? The secular perspective includes matter and subatomic particles coming together to expand and explode creating the universe. Others argue the non-secular theory with God creating the world in seven days; which ponders towards a more spiritual perspective. As a result, the emphasis of this blog discusses astronomical theories.

The Big Bang Theory is the leading explanation for how the universe began. The Big Bang states all current and existing matter around 13.8 billion years ago compacted and exploded creating the universe. There are two fundamental pieces of evidence supporting this theory. Firstly, the redshift of distant galaxies means the universe is likely to be expanding. And the further away an objective is, the more red-shifted light there is. This suggests the further away a galaxy is, the faster it is moving. Astronomers see red-shift in all galaxies, and it is the result of everything expanding. This expansion causes the waves to be stretched, shifting them to the red area of the spectrum.

The second piece of evidence for the Big Bang includes Cosmic Microwave Background (CMB) radiation in the atmosphere. CMB is a faint glow of light that surrounds the universe. It provides evidence for the Big Bang because it is heat from something created, suggesting an afterglow of a possible explosion that happened. CMB is a mixture of radiation and elementary particles, providing the quintessential outcome of an explosion. These elements surround our universe which reveals strong evidence for a Big Bang.

What is the Steady State Theory?

Issues with the Astronomical Theories Discussed

At the time of the explosion it is believed the speed of galaxies moving gradually decreased but over time speed has been increasing. The big issue is how can decreasing acceleration turn into increasing acceleration? This is a huge flaw in the theory due to its contradictory nature. A second critique is many galaxies are billions of light-years away from us. This suggests if we look at a galaxy 14 billion light-years away, we are seeing the light from how it existed 14 billion years ago. Therefore, we are looking at an object today which is in fact 14 billion years old and consequently, we have no evidence of what the object is like today – the planet could in fact be non-existent.

Music whilst studying? The good, the bad and the ukulele

We all have our own different methods of studying and revising. Some people work with music in the background, from lo-fi beats and jazz to rap.

The Best Educational Netflix Shows, Broken Down by Subject

Undeniably, we all love a little binge-watching and can’t get enough of our streaming channels. Whether you are Netflix and chilling all evening or cramming in a few episodes on the bus or in